Rising mist is a story-based game developed by WASD games and will be available on steam from 24th February 2022. You can get the game from the download link below. VionixStudio interviewed the developer and here is the development story of Rising Mist. 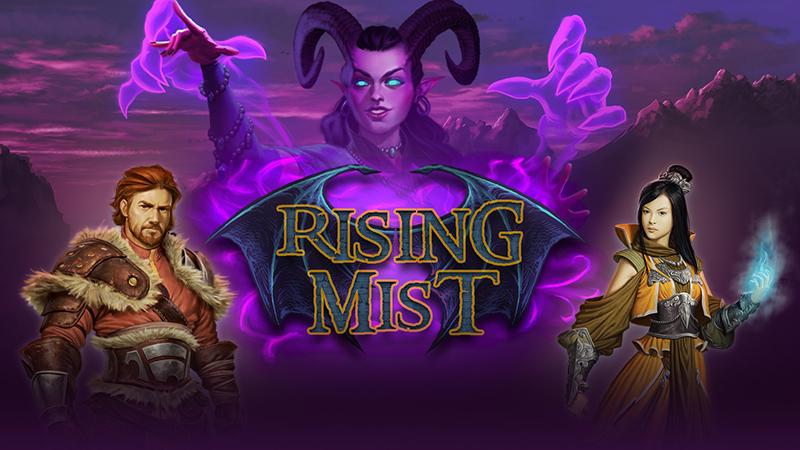 What is the game about?

You basically start off in your home village called Stillshire, very harmonic and peacfull. Soon after you start to get comfortable with your simple lifestyle whiles harvesting your crop, chopping trees and such you little by little realize that dark forces are at work throughout of Occoterra and before you know it you take the decision to find allies in the big world, covered with lies and tyranny, that would join cause of freeing Occoterra from these dark forces. Along the way you encounter a lot of bandits, dragons, crooked officials and much more.

Once you have uncovered all the secrets and ventured throughout whole of Occoterra you can make a decision if you wish to go into a last final battle against the dark force whom are draining the life energy out of Occoterra or live on with your simple life.

How did the idea come into existence?

Rising Mist is a story driven, visual novel with strong emphasis on RPG. This being said the game was mainly developed after I read a short story of a local writer. She wrote a really compelling and fascinating story about this mythical land called Occoterra. It was just a short story but I loved what I read there. So, I contacted her and we met a few times and I wanted to know everything there is about this Occoterra and the story she planned for it, before her book publisher cut her off.

How did the idea become a game?

The writer sent me the full story after our meeting and I was so intrigued by the characters and this fictional land called Occoterra. As her book publisher blew her off, I decided I wanted to do something with this story. I made a small gameplay in weeks following our meeting and implemented the basis of her story, but only like 5% of it. I took that early gameplay build and sent it to a few game publishers.

2 of them contacted me back and both were very interested in making a game that completely evolves around the story more than the gameplay. With the publisher WASD Games, we met and we worked out the details of the cooperation.

After the publisher picked it up and we got the go from them I started to develop the game in a way where the writer approved most of the steps and in which the story of Occoterra would be best reflected.

So now we have a final version of this game, and everything evolves around the story, you can do stuff like farming, doing unrelated tasks or missions or just wondering around Occoterra, gathering different flowers, brewing them into potions, starting battles with bandits that cross you paths and much more…

The game has multiple endings, which are played out based on your actions you took during the game.

Gamers that enjoy deep story line games where the main focus is the story will probably enjoy this game. As this is a completely 2D game, with just point and click mechanics.