Game development technology has been evolving at an increased pace. The result being games with better graphics and stunning gameplay. Not everyone has the skill or creativity to make visually appealing games that are good to play. Ideas are everywhere but a properly implemented one can make your game successful.

Now a days you can hire game developers to bring your game idea to life. With more and more people switching to freelance the cost of development is also coming down steadily. Also, hiring a freelance game developer can be of great help if you are an individual game developer.

There are lot of options when it comes to hiring a game developer. The first place everyone looks at, is Google. Google gives you a lot of options but how do you find out which one is right for you? In this post, we will look at the options we have personally used and give you the Pros and Cons of each one.

To simplify the hiring process for developers, we have made our own list of game developers and artists you can hire.

When it comes to hiring people on a budget Fiverr is the best. The way Fiverr works is, it gives you a big database of freelancers to hire from. The experience is very similar to shopping on Amazon.

If none of the Gigs offered match your requirement then you can also request a custom Gig from a freelancer. Fiverr offers an option to get back your money if you are not satisfied with the Job. This makes it risk free for the hiring company or individual.

Upwork is number 2 in our list due to the complex hiring process and a more freelancer friendly environment. You have to upload your job specifications to Upwork. It will give you a list of Freelancers who can complete the job.

You can interview the freelancers you think will be a right fit and place the order. You can set your project as paid hourly or a fixed price one. 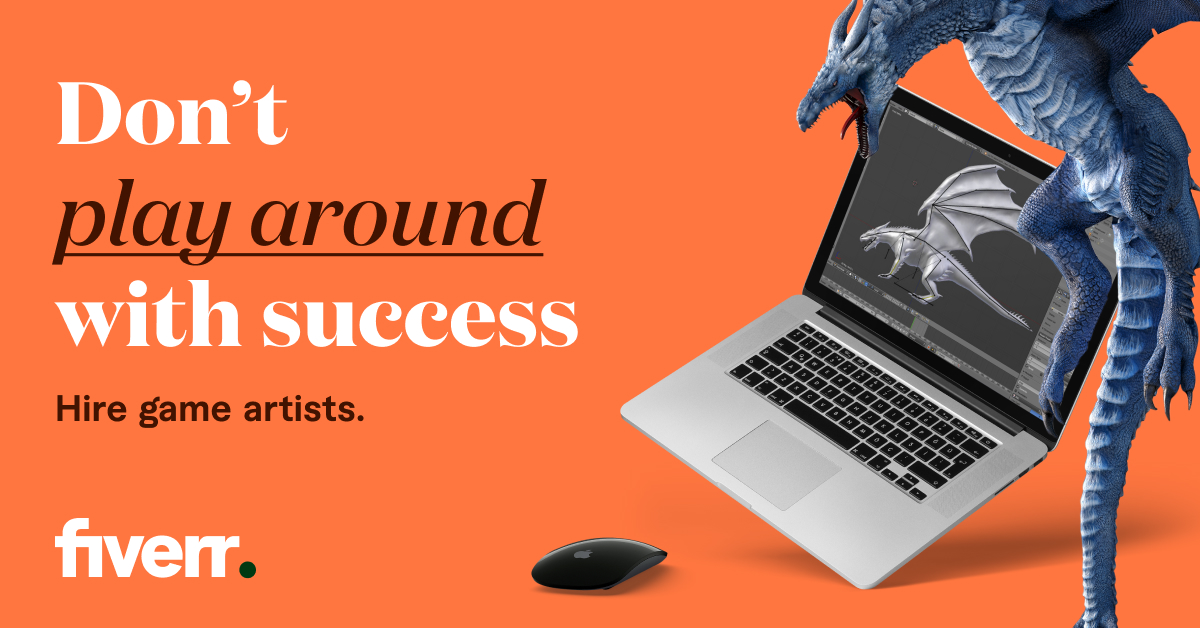 Upwork doesn’t allow you to casually browse and chat with freelancers as in the case of Fiverr. But it does let you interview them before placing the order.

Upwork has a refund policy but the freelancer decides on how much refund you will get. I have personally never needed a refund in Upwork.

Freelancer.com is the oldest of all three. It has been around for a long time. The reason it’s at number 3 is the hiring and payment process is the most complex one. There are many reports of technical bugs during payments.

The process of hiring a freelancer on Freelancer.com goes like this. You submit your complete project details and freelancers will submit their bid for your job. You get to select the best one for your job after screening through the options.

The main problem with Freelancer.com is you might get zero bids after waiting for a while. There is a option to invite freelancers to take up your work but sometimes you might not get a freelancer to do your job.

Questions to ask before you Hire Game Developers

1. What game engine do they use?

2. Ask for Samples of similar games.

Many developers will have experience working on a single genre. It’s better to hire a developer who has worked on games similar to your requirement. For example, if you hire a 2D artist to design a VR game, the result will not be as good as an experienced VR developer.

The cost to hire game developers can vary depending on the genre you select. So, be ready with the budget required.

3. Will Character design and game assets be included in the gig?

Character design and game assets is a big part of game development. Game assets include game environment, menu icons, sounds and effects. It’s better to clarify what the gig offers before placing an order.

Many Game developers are just programmers good with game engines. So, they would take the game assets from you and make a game. If you are skilled in art and modelling then you can make the assets yourself and save on the asset development cost. But again, this is totally up to you.

If you are hiring a game developers for making game assets along with the game then make sure he/she has the required skill set or they might just hire another freelancer to do the job.

4. Will you get the Source code with the game?

Source code is required if you want to make changes to your game in the future. Not all developers give source code with the end delivery. Some reduce the price for delivery without source code. It’s better to check it out.

Without the source code, there might be copyright claims from the developer in the future if the game does well. So the extra money for the source code is worth every peny.

The game development process varies based on the target platform. If you are making a game for mobile devices, you need hire a mobile game designer.

Even if the game looks the same, the optimization required for different devices are different. For example, a terrain made for a PC game won’t render effectively on mobile or on console. So the developer needs to optimize it for the platform.

How much does it cost to Hire game developers?

Here is a rough estimate based on the rates on Fiverr.

The main difference between other Freelance website and Fiverr is, you can shop on Fiverr like any other shopping app rather than post your requirement and wait for freelancers to respond. The main reasons to consider Fiverr are

See this video where a YouTube channel called badgamedev experimented with 3 Fiverr gigs for $10.

The in-game maker from United States

Some developers have templates ready to go for different types of games. They might offer to work at a much lower price than the estimate above. But, it’s better to be clear and precise about your requirements.

You can also outsource game development in part like character design to a separate freelance artist to reduce the cost and get better quality. You need to have some knowledge of game development for that.

If you have any other questions regarding outsourcing feel free to leave them in the comments below.